This customer collects and recycles extremely large quantities of cardboard and PET waste, and was facing a growing challenge with how they were handling this waste.

A horizontal baler with a unique customisation to compact PET bottles

This customer reached out to AD STIL and requested a waste management audit. After an initial phase of research and analysis of the customers needs, AD STIL were able to recommend a H50 horizontal baler. Offering higher volume processing and more options than vertical mill-size balers, the H50 is ideal for baling large quantities of cardboard and PET waste and thus perfect for this waste collection and recycling company’s needs.

AD STIL were able to identify that this customer would benefit from an integrated PET perforator, which would ensure greater compactness of the bales created by the H50 by perforating the PET bottles. Alongside a more compact bale, the baler would also be easier and cheaper to transport.

AD STIL worked with the LSM engineering team to build this H50 baler integrated with the PET perforator.

Upon arrival of the machine in Romania, AD STIL installed the machine on site and quickly trained the operators who would be using the baler.

This machine has been up and running on site for some time, and the waste collection and recycling company have been delighted with the outcome – a regular output of industrial bales, which in turn is saving serious amounts of space, time, energy, and of course money.

Since the installation of this machine, the customer has been able to grow their business by three times – as a result of being able to process so much more waste, and thanks to the additional revenue stream from selling industrial sized bales.

The baler being loaded up with waste on site in Romania: 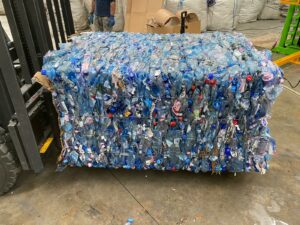 A closer look at the PET perforator 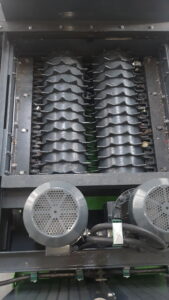