This customer operates a large retail superstore in Hungary and its waste output was growing. This customer collects high volumes of materials including cardboard, paper and plastic foil. An ongoing challenge for the customer was how best to handle and operate the waste build up which was quickly becoming an issue for the business.

A view of the waste issue on site 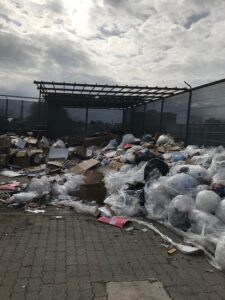 Due to the ongoing issues, this large retail superstore came to LSM Hungary with a need and required a solution to their ongoing waste challenges. LSM Hungary was tasked with undertaking an audit and presenting a quick and cost-effective solution.

An easy to load waste baler

After the audit, it was clear the supplier needed an easy to operate baler that was suitable for cardboard, plastic, textile, paper and polystyrene to help alleviate the large build-up of waste. With the footprint of a standard euro pallet,  the V16 baler was recommended.

With a cycle time of 40 seconds, the V16 baler can manage 150 – 300 kg of waste. The baler has a low-voltage user control for additional safety for staff and the ‘Bale Full’ indicator light helps ensure safe operation, perfect for this customer’s needs.

LSM Hungary worked with the customer to choose and install the V16 baler. Once the baler was installed on site, all staff were trained in how to correctly and safely use the machine so they could operate and enjoy the benefits of the V16 waste baler from day 1.

A closer look at the V16 waste baler

The customer has their V16 waste baler installed and learns how simple and easy it is to operate, with their waste baled at just one touch of a button: 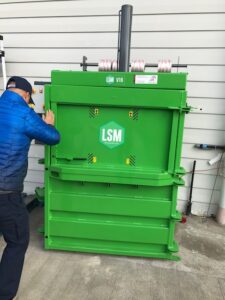 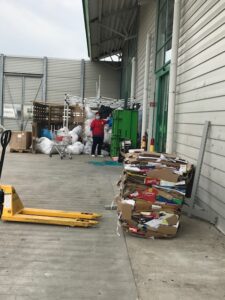 The successful installation and use of the V16 waste baler led to:

A premises transformed – tidy, clean and safe for staff: 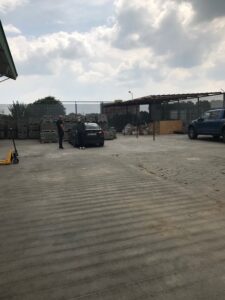